What's on your mind?

When I watched the series for the first time I found that Rapunzel and Cassandra’s relationship is similar to Anna and Elsa’s in many ways.

1. So you know how in the beginning of Frozen Anna and Elsa are like super close? Well in the first two seasons Rapunzel and Cass are the same way.

2. When Elsa reveals her powers to arendelle she lashes out and goes of to build her palace and do her own thing, while this behavior is copied in “Destinies Collide” when Cass grabs the MoonStone, lashes out on Rapunzel and goes and does her own thing as well.

3. In Frozen 2 Elsa and Anna Team up together to bring down the bridge that was a “peace offering” from arendelle to the northaldra people and free the northaldra from the enchanted forest, and when all is done Anna becomes Queen gets engaged to Kristoff while Elsa goes off to find her own destiny, much like when Rapunzel and Cass defeat Zhan Tiri, Rapunzel gets Engaged to Eugene and becomes queen of Corona, and Cass goes off to find her own destiny.

Welp that what I think about that and btw I’m new here and fresh off of Wings of Fire wiki so hi y’all! 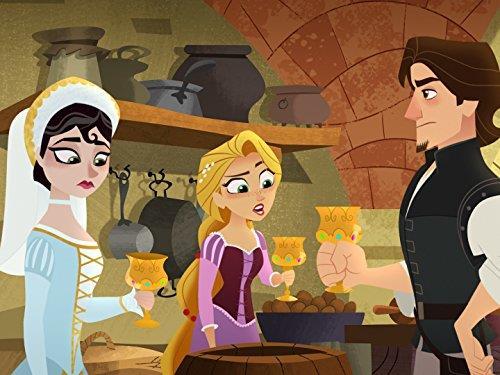 "So we're supposed to drink 8 ounces of this colonoscopy solution every half hour?"

Well do you like Zhan Tiri? Well- I like her too. If I was stuck in that loopy place it would have affected my mental health and remember how it said if she stayed for too long then the changes would be permanent? Well I think she was changed. Also that must have had an effect on her mental health.

Well hi guys! I just wanted to stop by and um let you know of my existence. Well here are some facts about me.

Favorite Character: Varian. Why?: I really don't know. It's just I've felt the same experience of being held back and I have a constant suppressed rage. Much like Varain I just explode with it sometimes and I may seem evil because of that.

Least Favorite Character: Rapunzel Why?: I just hate her. She got everything easy and she acts like she is the most damaged person in the world. "I don't know what he's become."-Rapunzel, about Varain, Season 1. Well I mean you could have apologized later right? And you could have tried to make it right.

Character I'm most like: A mix of Varain and Cass. Also a bit of Catalina.

Most probable job if I lived in Corona: A thief.

And that is it!

One comment stood out at the end, how Corona became the "first of the seven kingdoms to have hot running water".

Aside from Corona and the Dark Kingdom, what would be the other five kingdoms?

Are they called the Seven Kingdoms because those are all that are known, or perhaps they share a common area?

I'm wondering if this might be a subtle reference to Arendelle since we know Raps/Eugene attend Elsa's coronation?

That would still leave FOUR though.... perhaps one could be DunBroch (Merida's kingdom in Brave) but what are other recent films that might take place in a similar era to fill out the final three?

In the season 1 finale of Rapunzel’s Tangled Adventure, King Fredric locks Rapunzel in her room until further notice. While in her room, she sing the song we are going to talk about, set yourself free.

I’m a huge fan of Varian and he is my all time favourite Tangled character and I really want to Cosplay him and I realise that I don’t know how to add a real strip of hair, that there isn’t really much good things on the internet and that I am trying to a female version so I with struggle either way, can anyone give me some knowledge on what to do?

For those on Discord, I made a new Tangled series Discord server as the original wiki one was deleted.

It's a work in progress, but enjoy! I'll need more viewers!

I finally figured out where the coronavirus came from...

I wanna know when the third season will come on Disney Plus! 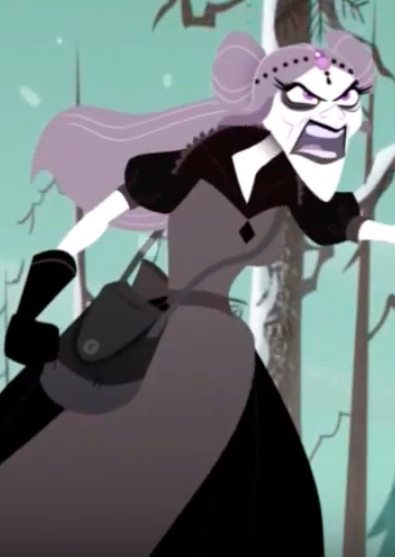 There are so many characters in the show, but my top favorite is Varian. I actually have a reason for this.

1: He is a smart boy, and he always knows what's going on. He is very intelligent for a 15 year old boy and even built a working robot :D

2: He's adorable. I feel like the writers did this on purpose so that everyone can love him. I'm pretty sure he knows he is as well.

3: He is understanding. In "Cassandra's Revenge", he understood her path to darkness, but told Cass that it is a bad feeling and that she should turn around into lightness.

4: Understandable in general. I think we can all understand why he went into evil in the first place. We understand that he wants to get on the "Right side of history." in "Rapunzel's Return."

There are many reasons, but these are my main reasons. 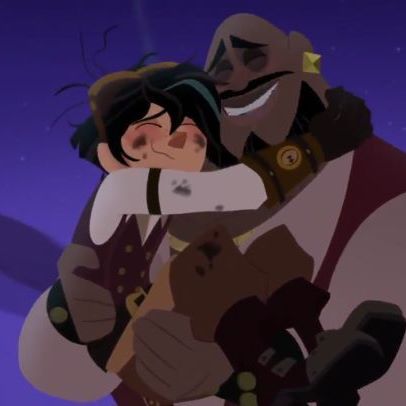 Many people have been saying Cassandra's skin tone has become paler due to her utilizing the moonstone's powers. As much as I agree with this, her skin may be pale due to lack of sunlight as well.

Now, the moonstone is life draining, BUT we've seen Cassandra using it during nighttime. We haven't seen her use it in daylight yet, although we may see her use its powers during the daytime in an episode soon.

According to studies, a lack of Vitamin D/sunlight causes paleness in most humans, and therefore this may be the reason why Cass's skin maintains a lighter tone.

(Or its just the moonstone stealing her life...) 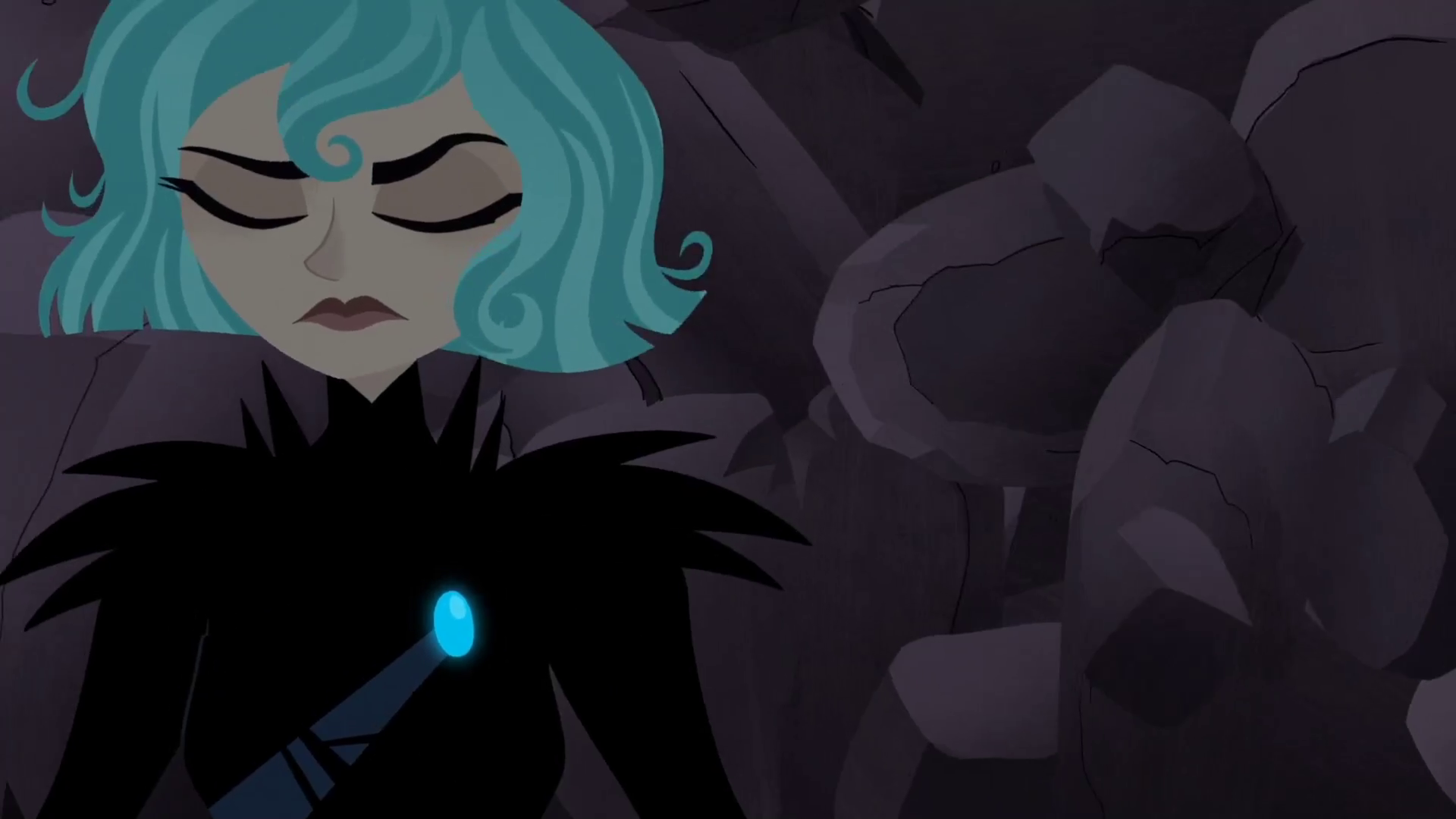 So, Season 3 has been shorted to 19 episodes. If it were 35 (I think), what would the episdoes be called and what would each of their plots be?